Food colorings are a common additive used in the production of foods and beverages. Additionally, they can be found in cosmetics and pharmaceuticals. What are these colorants and why are they being used? And what about those rumours about artificial colors affecting children’s behavior?

Consumers have come to expect certain foods to be a specific color. If a product doesn’t match the standard they expect, consumers generally perceive that product as being of poor quality or no longer fresh. Since consumers base so much of their food choice off of a color, this is the main reason the food industry utilizes colorants to enhance a product’s aesthetics. Another reason that a color is added to foods is for product novelty and festivity. Especially around holidays like Halloween or Christmas, consumers enjoy themed foods such as orange pumpkin-shaped marshmallow or red and green colored sugar cookies. Companies will even produce a novelty line of rainbow colored chips in response to consumer demand.

Now that it has been discussed why colorants are used, the topic of “what are colorants?” is always a question that is asked. Specifically it is asked referring to natural vs. artificial colors. What do these terms truly mean, and are they safe? Why have some companies removed their artificial blue color (Brilliant Blue, E133, FD&C Blue No.1) from their products after 2007?

A color is deemed natural if its origin is vegetal, microbiological, animal or mineral. Whereas, artificial colors were created in labs (and sometimes accidentally) by chemists. From a chemical point of view it is the chromophore which is responsible for the color and occurs when a molecule has lots of conjugated double bonds and the energy difference between two different molecular orbitals falls within the range of light which we can visualize. 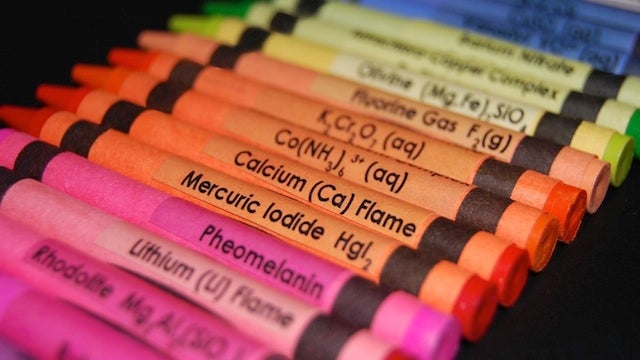 In 2007, researchers at Southampton University, McCann et al. 2007, published a study on the effect of artificial food dyes and a preservative on children’s behavior. The colors in question were Tartrazine (Yellow, E102), Allura Red (Red, E129), Cochineal Red (Red, E124), Quinoline Yellow (Yellow, E104), Sunset Yellow (Orange, E110) and Carmoisine (Maroon, E122). Their findings? “A possible link between the consumption of these artificial colors and a sodium benzoate preservative and increased hyperactivity”.

Due to this, the European Food Safety Authority (EFSA), was required to evaluate the information put forward in the study. However, EFSA 2009, concluded that the “available scientific evidence does not substantiate a link between color additives and behavioral effects” for any of the dyes and maintained the previously established ADI (acceptable daily intake).  In 2009, EFSA reduced the ADI of Cochineal Red (Red, E124), Quinoline Yellow (Yellow, E104) and Sunset Yellow (Orange, E110), however, this was not due to behavioral effects but rather due to EFSA employing the precautionary principle in regard to exposure studies carried out in rats.

This study planted the seed of doubt in consumers’ minds and they started a movement to prevent these substances from being present in their food. However consumers still want their food to be colored the way they expect, which poses a bit of an issue. Thankfully, food scientists love a challenge. So the hunt began for natural alternatives to replace these artificial colors. In 2013, an industry report showed that natural color sales overtook artificial color sales for the first time ever. 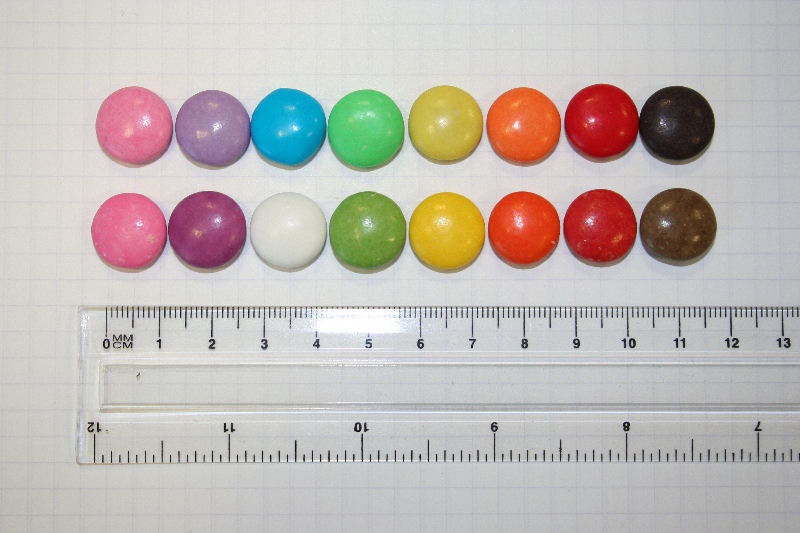 In some cases it took years to find a replacement for the artificial colors. In the case of Brilliant Blue, bacteria brought blue back with a punch thanks to an extract from the cyanobacteria Spirulina. Other natural color sources include betanin (red-purple from beets), lycopene (red from tomatoes), curcumin (yellow from turmeric), chlorophyllin (green from chlorella) and caramel which is pretty self explanatory (from heated sugar)! Thanks to a whole host of natural colors, the food industry now has enough colors to create a rainbow of chips and still satisfy the desires of consumers!

Previous Article Pumpkin Spice – The Flavor of the Month!